By Ryan Fahey For Mailonline

Borat, the fictional character played by Sacha Baron Cohen, hails from the central Asian nation of Kazakhstan and frequently paints the country as homophobic, sexist and anti-Semitic – a place where women are not allowed to drive cars and the annual ‘running of the Jew’ is intensely popular.

In a new tourism campaign – released on Sunday – tourists can be seen visiting a series of sites in Kazakhstan and uttering Borat’s catchphrase ‘very nice’ in four 12-second clips. 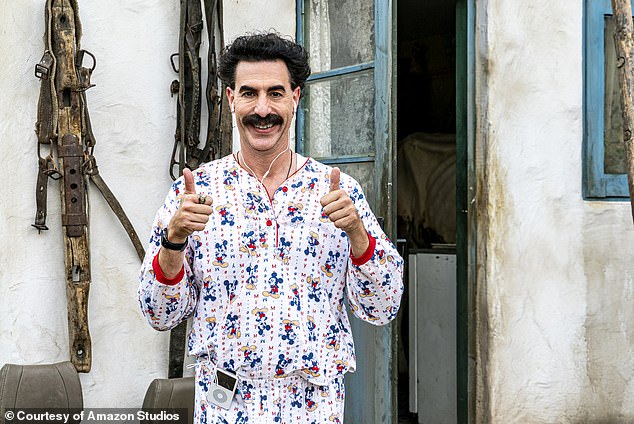 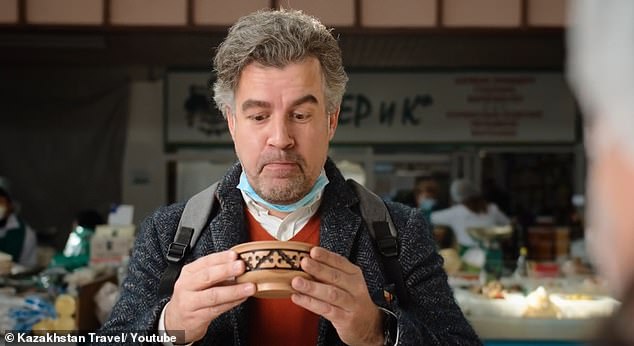 In one of the clips, a man is seen drinking traditional Kazakh wine, which he says is ‘very nice’. In the first Borat film, the character claims that Kazakh wine is made out of fermented horse urine

‘Kazakhstan’s nature is very nice; its food is very nice; and its people, despite Borat’s jokes to the contrary, are some of the nicest in the world.

‘We would like everyone to come experience Kazakhstan for themselves by visiting our country in 2021 and beyond, so that they can see that Borat’s homeland is nicer than they may have heard.’

After the release of Cohen’s first Borat film in 2006 – Borat: Cultural Learnings of America for Make Benefit Glorious Nation of Kazakhstan – the country’s leaders were outraged at the way the comedian had portrayed their nation. 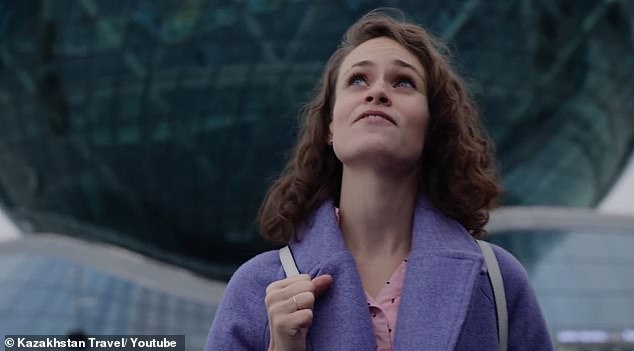 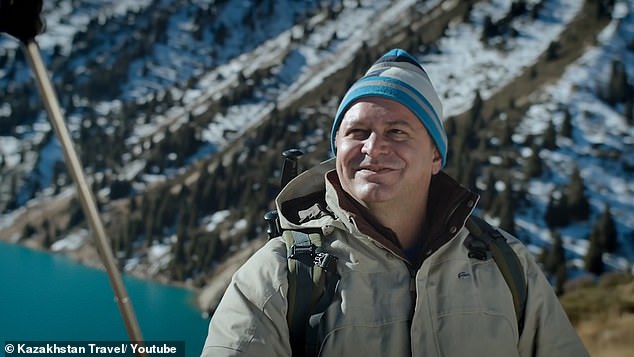 A man says ‘very nice’ while exploring the Kazakhstan’s mountainous region. In 2006 the initial reaction to the Borat character from government officials was negative

The Kazakhstani government took out ads in American newspapers to dispute the claims made, attempting to portray the country as forward-thinking and modern, dashing suggestions of religious intolerance and sexism.

In the first film, Borat drinks what he calls traditional Kazakh wine, which he says is made out of fermented horse urine.

Government spokesman Roman Vassilenko was even forced to officially deny that this was a common Kazakh practice.

In a statement, Vassilenko added: ‘Mr. Cohen could not have been more wrong when he chose Kazakhstan as a home country for his mythical, misogynist and anti-Semitic reporter.

‘I am offended and the people of Kazakhstan are offended by the choice.’

Despite the official outrage, the number of visas issued to the country rose tenfold after the film’s release, AFP reported, prompting the country’s Foreign Minister Yerzhan Kazykhanov to thank Borat for ‘helping to attract tourists to Kazakhstan.’

Dennis Keen, an American living in the Kazakh capital Almaty, was behind the new advertisements.