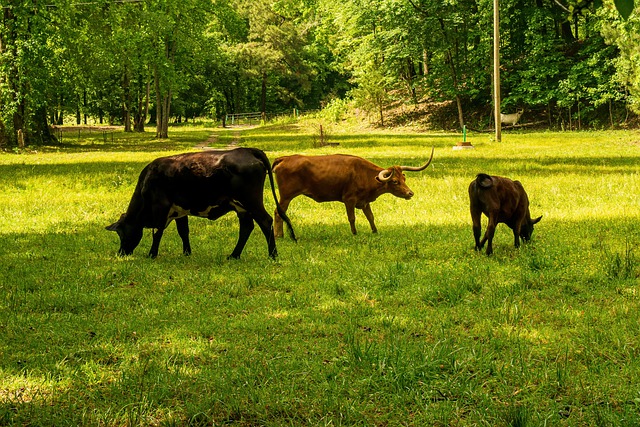 The Greenland ice sheet owes its existence to the growth of an arc of islands in Southeast Asia — stretching from Sumatra to New Guinea — over the last 15 million years, a new study claims.

According to an analysis by researchers at the University of California, Berkeley, UC Santa Barbara and a research institute in Toulouse, France, as the Australian continent pushed these volcanic islands out of the ocean, the rocks were exposed to rain mixed with carbon dioxide, which is acidic. Minerals within the rocks dissolved and washed with the carbon into the ocean, consuming enough carbon dioxide to cool the planet and allow for large ice sheets to form over North America and Northern Europe.

“You have the continental crust of Australia bulldozing into these volcanic islands, giving you really high mountains just south of the equator,” said Nicholas Swanson-Hysell, associate professor of earth and planetary science at UC Berkeley and senior author of the study. “So, you have this big increase of land area that is quite steep, in a region where it’s warm and wet and a lot of rock types that have the ability to naturally sequester carbon.”

Starting about 15 million years ago, this tropical mountain-building drew down carbon dioxide in the atmosphere, decreasing the strength of the greenhouse effect and cooling the planet. By about 3 million years ago, Earth’s temperature was cool enough to allow snow and ice to remain through the summer and grow into huge ice sheets over the Northern Hemisphere, like that covering Greenland today.

Once Northern Hemisphere ice sheets grew, other climate dynamics led to a cycle of glacial maxima and minima every 40,000 to 100,000 years. At the most recent glacial maximum, about 15,000 years ago, massive ice sheets covered most of Canada, the northern portions of the U.S., as well as Scandinavia and much of the British Isles.

“If it wasn’t for the carbon sequestration that’s happening in the Southeast Asian islands, we wouldn’t have ended up with the climate that includes a Greenland ice sheet and these glacial and interglacial cycles,” Swanson-Hysell said. “We wouldn’t have crossed this atmospheric CO2 threshold to initiate Northern Hemisphere ice sheets.”

The periodic growth and decline of the northern ice sheets — the cycle of glacial maxima and minima — is likely postponed, due to human emissions that have increased carbon dioxide concentrations in the atmosphere.

“A process that took millions of years we have reversed in 100 years,” Swanson-Hysell said. “Over the next tens to hundreds of thousands of years, geological processes in places like Southeast Asia will once again decrease CO2 levels in the atmosphere — a pace that is frustratingly slow when humanity is facing the impact of current global warming.”

UC Berkeley doctoral student Yuem Park, Swanson-Hysell and their colleagues, including Francis Macdonald of UC Santa Barbara and Yves Goddéris of Géosciences Environnement Toulouse, will publish their findings this week in the journal Proceedings of the National Academy of Sciences.

Geologists have long speculated about the processes that periodically warm and cool the planet, occasionally covering the entire globe with ice and turning it into a so-called snowball Earth.

Once scientists realized that, over the course of millions of years, tectonic processes move land masses around the planet like massive jigsaw puzzle pieces, they sought a connection between continental movements — and collisions — and ice ages. Cycles of Earth’s orbit are responsible for the 40,000- or 100,000-year fluctuations in temperature that overlay the long-term warming and cooling.

The rise of the Himalayas in Asia in the mid-latitudes over the past 50 million years has been a prime candidate for cooling and the start of a glacial climate after an extended geologic interval without ice sheets. A few years ago, however, Swanson-Hysell and Macdonald saw a correlation between mountain-building in tropical areas and the onset of time intervals with ice ages over the past 500 million years.

In 2017, they proposed that a major ice age 445 million years ago was triggered by mountain- building in the tropics, and they followed that in 2019 with a more complete correlation of the last four time intervals of glacial climate and collisions between continents and tropical island arcs. They argue that the combination of increased exposure of rock with minerals that can sequester carbon and a plenitude of warm tropical rain is particularly effective in pulling carbon dioxide from the atmosphere.

The process involves chemical dissolution of the rocks that consume carbon dioxide, which is then locked in carbonate minerals that form limestone rock in the ocean. The calcium within seashells that you find on the beach may have come out of a tropical mountain on the other side of the world, Swanson-Hysell said.

“We built up a new database of these types of mountain-building events and then reconstructed the latitude at which they happened,” Swanson-Hysell said. “Then we saw, hey, there is a lot of cooling when there is a lot of this type of mountain being built in the tropics, which is the Southeast Asian setting. The Southeast Asian islands are the best analog for processes that we also see further in the past.”

For the current paper, Park, Swanson-Hysell and Macdonald teamed up with Goddéris to model more precisely what carbon dioxide levels would be with changes in the size of the Southeast Asian islands.

The researchers first recreated the sizes of the islands as they grew over the last 15 million years, focusing primarily on the largest: Java, Sumatra, the Philippines, Sulawesi and New Guinea. They calculated that the area of the islands increased from 0.3 million square kilometers 15 million years ago to 2 million square kilometers today. UC Santa Barbara graduate student Eliel Anttila, who was an undergraduate student in earth and planetary science at UC Berkeley and is a co-author of the paper, contributed to this aspect of the research.

They then used Godderis’ GEOCLIM computer model to estimate how the growth of these islands altered carbon levels in the atmosphere. Together with UC Berkeley postdoctoral scholar Pierre Maffre, who recently obtained his Ph.D. in Godderis’ lab, they updated the model to account for the variable effect of different rock types. The model is linked with a climate model in order to relate CO2 levels to global temperatures and precipitation.

They found that the increase of land area along the southeast edge of the Pacific corresponded with global cooling, as

‘Next time it could be terrorists,’ Royal Navy…

Kelly Ripa and Mark Consuelos Hilariously Respond to His…

China is close to ‘world domination’ and Europe…