Giant viruses, like the recently discovered medusavirus, may hold the key to deciphering the evolutionary mystery of the eukaryotic nucleus — ScienceDaily 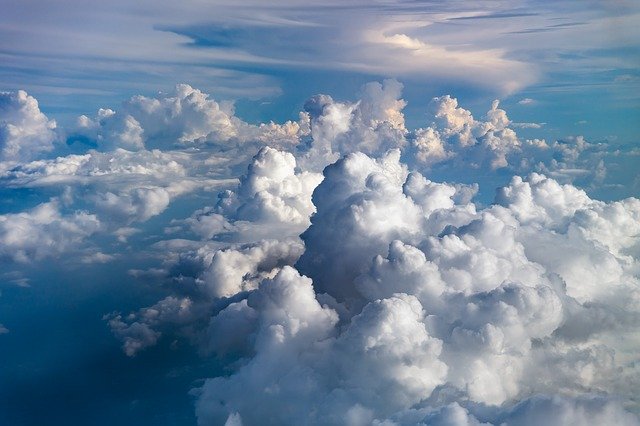 Perhaps as far back as the history of research and philosophy goes, people have attempted to unearth how life on earth came to be. In the recent decades, with exponential advancement in the fields of genomics, molecular biology, and virology, several scientists on this quest have taken to looking into the evolutionary twists and turns that have resulted in eukaryotic cells, the type of cell that makes up most life forms today.

The most widely accepted theories that have emerged state that the eukaryotic cell is the evolutionary product of the intracellular evolution of proto-eukaryotic cells, which were the first complex cells, and symbiotic relationships between proto-eukaryotic cells and other unicellular and simpler organisms such as bacteria and archaea. But according to Professor Masaharu Takemura of the Tokyo University of Science, Japan, “These hypotheses account for and explain the driving force and evolutionary pressures. But they fail to portray the precise process underlying eukaryotic nucleus evolution.”

Prof Takemura cites this as his motivation behind his recent article published in Frontiers in Microbiology, where he looks into the recent theories that, in addition to his own body of research, have built up his current hypothesis on the subject.

In a way, Prof Takemura’s hypothesis has its roots in 2001 when, along with PJ Bell, he made the revolutionary proposal that large DNA viruses, like the poxvirus, had something to do with the rise of the eukaryotic cell nucleus. Prof Takemura further explains the reasons for his inquiry into the nucleus of the eukaryotic cell as such: “Although the structure, function, and various biological functions of the cell nucleus have been intensively investigated, the evolutionary origin of the cell nucleus, a milestone of eukaryotic evolution, remains unclear.”

The 2001 hypothesis by Prof Takemura and PJ Bell is based on striking similarities between the eukaryotic cell nucleus and poxviruses: in particular, the property of keeping the genome separate in a compartment. Further similarities were uncovered after the discovery and characterization of a type of large DNA virus called “giant virus,” which can be up to 2.5 µm in diameter and contain DNA “encoding” information for the production of more than 400 proteins. Independent phylogenetic analyses suggested that genes had been transferred between these viruses and eukaryotic cells as they interacted at various points down the evolutionary road, in a process called “lateral gene transfer.”

Viruses are “packets” of DNA or RNA and cannot survive on their own. They must enter a “host” cell and use that cell’s machinery to replicate its genetic material, and therefore multiply. As evolution progressed, it appears, viral genetic material became integrated with host genetic material and the properties of both altered.

In 2019, Prof Takemura and his colleagues made another breakthrough discovery: the medusavirus. The medusavirus got its name because, like the mythical monster, it causes encystment in its host; that is, it gives its host cell a “hard” covering.

Via experiments involving the infection of an amoeba, Prof Takemura and his colleagues found that the medusavirus harbors a full set of histones, which resemble histones in eukaryotes. Histones are proteins that keep DNA strands curled up and packed into the cell nucleus. It also holds a DNA polymerase gene and major capsid protein gene very similar to those of the amoeba. Further, unlike other viruses, it does not construct its own enclosed “viral factory” in the cytoplasm of the cell within which to replicate its DNA and contains none of the genes required to carry out the replication process. Instead, it occupies the entirety of the host nucleus and uses the host nuclear machinery to replicate.

These features, Prof Takemura argues, indicate that the ancestral medusavirus and its corresponding host proto-eukaryotic cells were involved in lateral gene transfer; the virus acquired DNA synthesis (DNA polymerase) and condensation (histones) genes from its host and the host acquired structural protein (major capsid protein) genes from the virus. Based on additional research evidence, Prof Takemura extends this new hypothesis to several other giant viruses as well.

Thus, Prof Takemura connects the dots between his findings in 2019 and his original hypothesis in 2001, linking them through his and others’ work in the two decades that come in between. All of it taken together, it becomes clear how the medusavirus is prime evidence of the viral origin of the eukaryotic nucleus.

He says: “This new updated hypothesis can profoundly impact the study of eukaryotic cell origins and provide a basis for further discussion on the involvement of viruses in the evolution of the eukaryotic nucleus.” Indeed, his work may have unlocked several new possibilities for future research in the field.

Grandmother, 86, is brutally raped and beaten by attacker, 33, in India