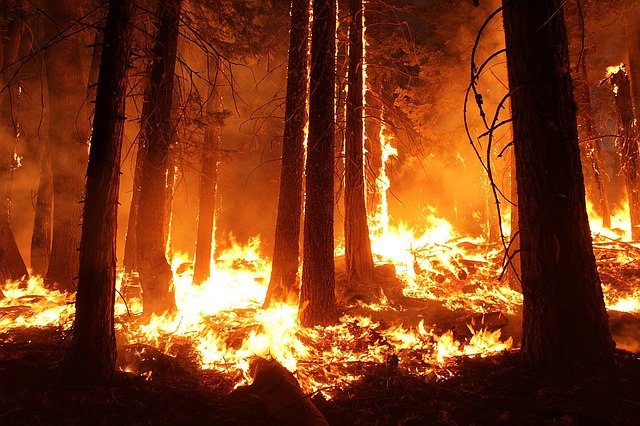 In recent years — and 2020 is no exception — parts of the Pacific Northwest that are typically too wet to burn are experiencing more frequent, severe and larger wildfires due to changes in climate. New research from Portland State University found that while the increased wildfire activity is causing widespread changes in the structure and composition of these mid-to-high elevation forests, the new landscapes are also likely more resilient to projected upward trends in future fire activity and climate conditions.

The study, led by PSU graduate student Sebastian Busby, examined temperate forests that burned expansively, severely and repeatedly between 2003 and 2015 in the central Cascade Range of Oregon and Washington. On Mt. Adams, these wildfires included the 2008 Cold Springs, 2012 Cascade Creek and 2015 Cougar Creek fires. On Mt. Jefferson, the wildfires included the 2003 Booth and Bear Butte Complex, 2007 Warm Springs Area Lightning Complex and 2014 Bear Butte 2 fires. Some areas Busby studied have burned again this summer as part of the Lionshead fire in the Mt. Jefferson area.

Busby said that historically, wet and cool climate limited fire events in these humid forest environments to an interval of 50 to 200-plus years. But climate change has led to warmer winters, reduced mountain snowpack and longer, drier summers and fire seasons. The time between repeated wildfire events in this study was less than 12 years.

“These forests are drying out earlier in the year, making them more vulnerable to frequent, severe and larger wildfires,” Busby said. “Because these forests have not historically burned very often, they’re composed of high densities of tree species that are not well-adapted to frequent and very large severe fires.”

True firs were the dominant conifer tree species across the study areas, but post-fire tree regeneration was generally very poor due to a lack of live mature trees remaining after the fires to reseed the forest.

The burned areas, however, did support the establishment of pines at a low density, which are functionally better adapted to fire. The findings suggest that in the near term, these forests may transition from a dense fir-dominated conifer forest into